All about Smart Key-chain

Many time it happens that we are unable to find our keys as we have misplaced it. And generally, this happens when we are in a great hurry. Frustrating moment……

Try to make a smart keychain for you. 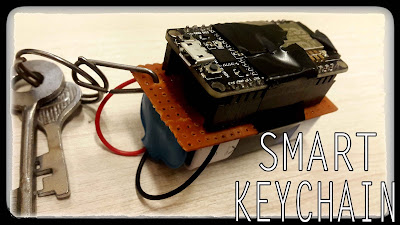 Now not to worry about your keys, they will be always in touch with you. Just trigger them whenever you are unable to find them, they will automatically tell you where they are.

Smart keychain is a WiFi keychain, made using ESP8266 12E development board. ESP8266 are great modules to dive into the world of connected devices. So if you find IoT catchy and want to do some projects on this topic, then go grab your own esp8266 first.
Ok so talking about this project, In a project, I have attached a buzzer with this WiFi module and a battery to power them. So in case we are unable to find our keys, we will just take out our smartphone, open an app named Telnet, and will just send data and the keychain will start ringing and with this, we can easily track our keys.

We will require only a few components for making this project.They are, 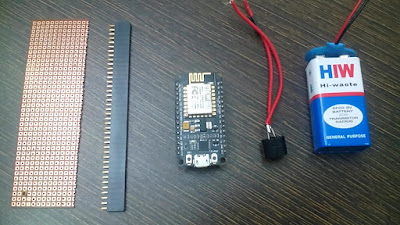 We have to connect the negative terminal of the buzzer to D0 pin of the ESP8266 12E board and positive pin to 3.3V. Here D0 pin is nothing but the Built-In LED pin of ESP8266 wifi board. Ok, so you are done with the connections.Now let’s have a look at the code. 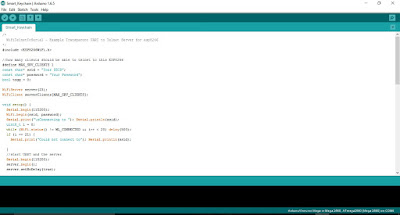 I have done its programming in Arduino. I have edited the example code of Telnet to Serial of the ESP8266 library by Adafruit. So I have written the code in such a way that first of all, it will connect to the wifi router or hotspot device whose SSID name and password we have already provided in the code. After that, it will wait for the data from our smartphone. And as soon as any data is received, the buzzer will turn ON and it will start buzzing.
On your smartphone side, you need to download an app named Telnet for the communication with your keys.I have also made a video on this, so In case you didn’t understand how to make it have a look at the video.
Smart Keychain code:- https://github.com/techiesms/Smart-Keychain/blob/master/Smart_Keychain.ino
#techiesms
explore | learn | share